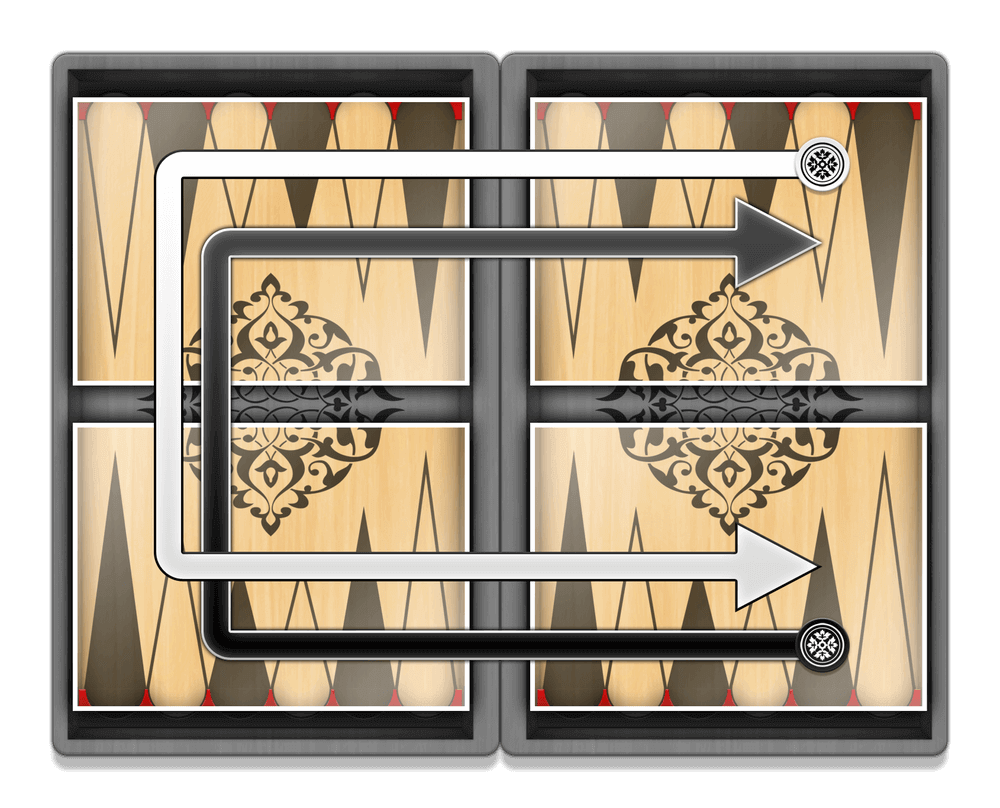 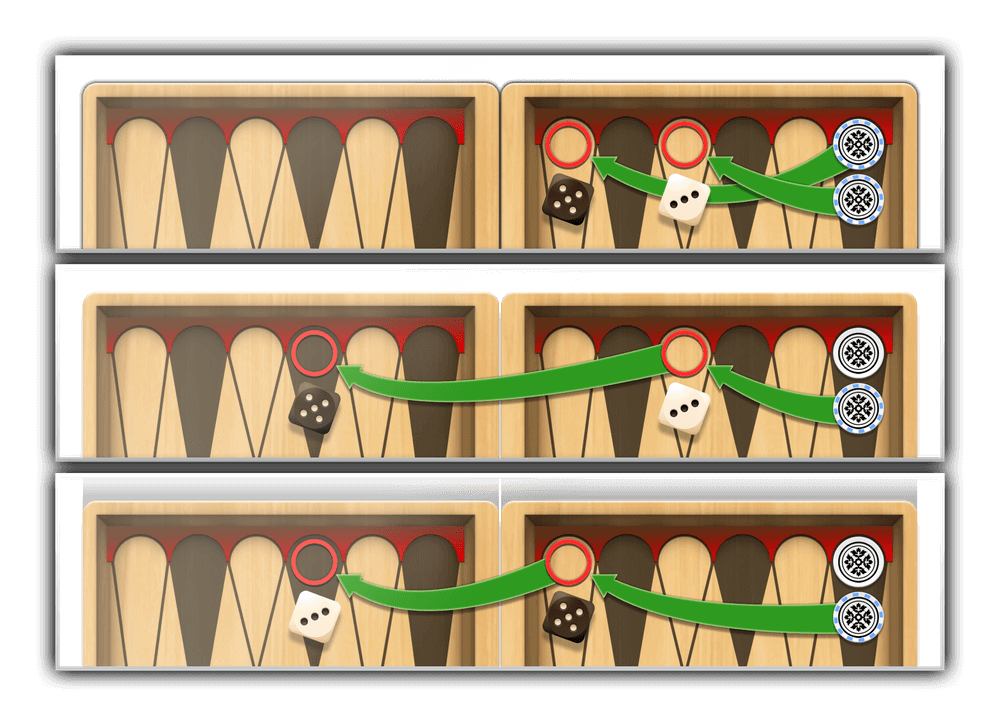 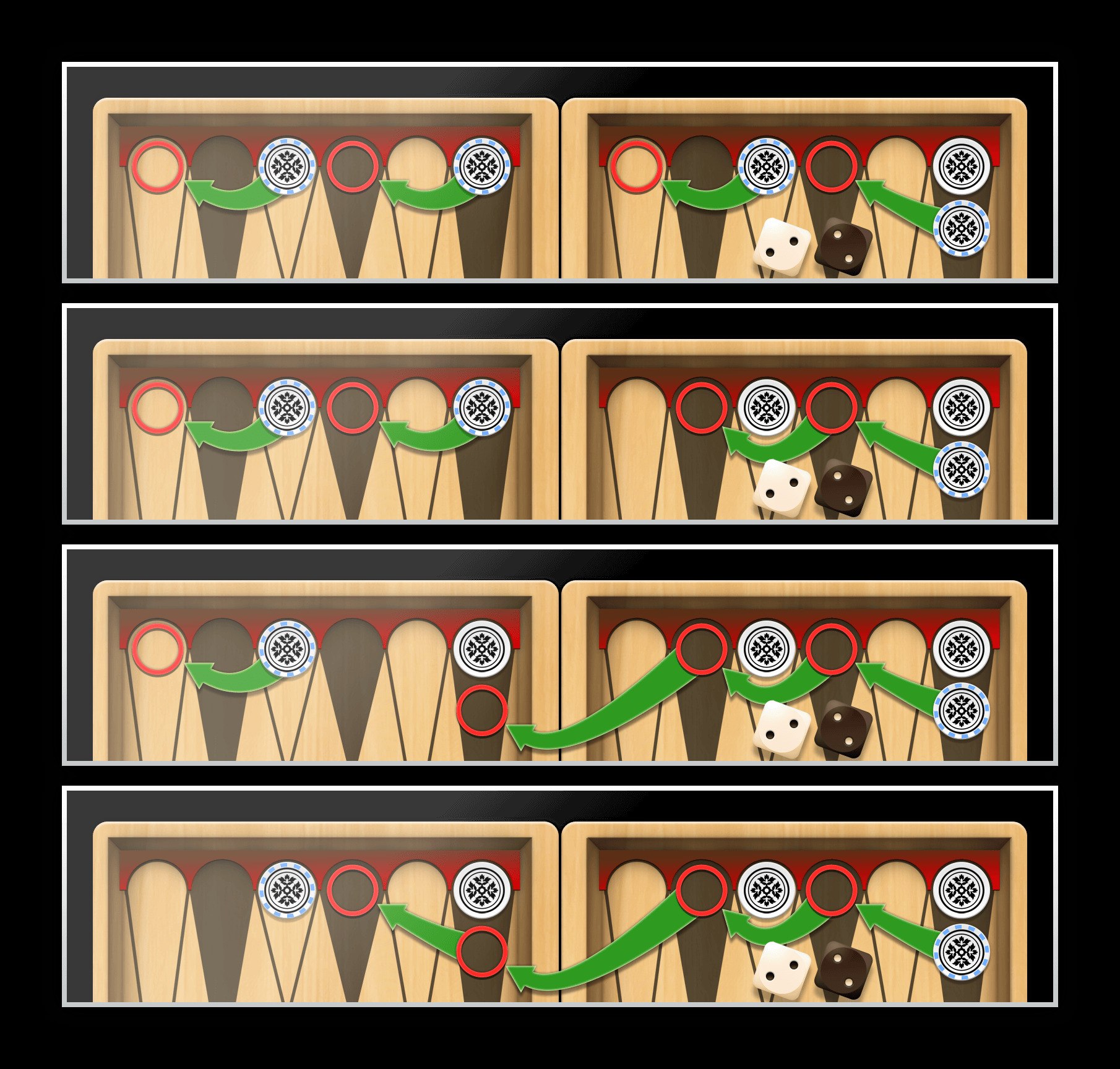 The checkers can be moved to a point without checkers, a point with one or more of the player’s own checkers or a point with no more than one of the opponent’s checkers on it. At least two checkers are needed to block a point, but the players can move as many of their checkers as they want to a single point and stack them up. 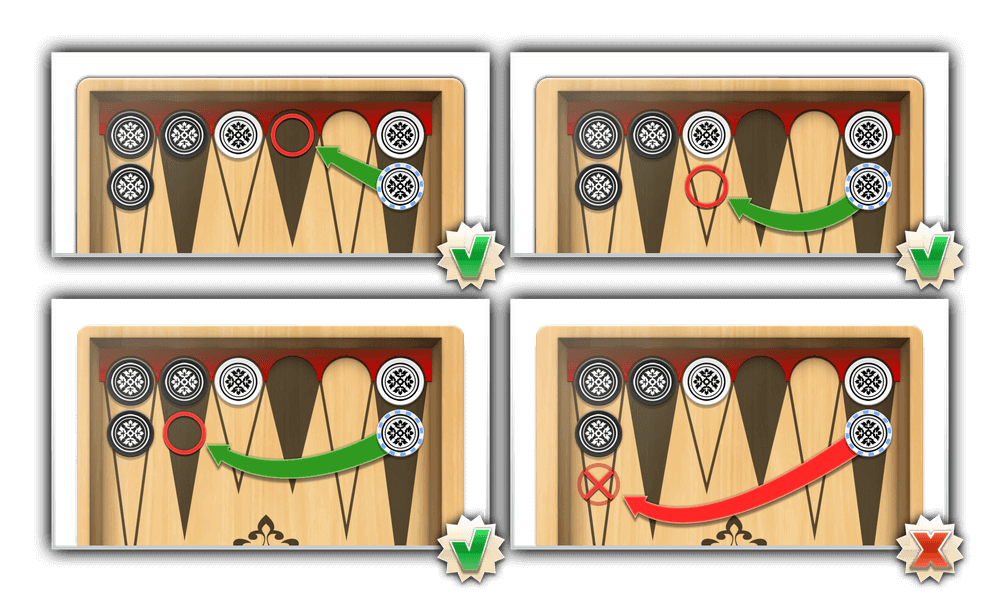 A point that is occupied by a single checker by one of the players is called a blot. If a player hits a blot, the checker of the opponent is placed on the bar in the middle of the board. The player whose checker is on the bar cannot move his other checkers until they return the checker from the bar to the opponent’s home board. In case a rolled number cannot be executed, the player loses the turn and has to try again on their next turn. Additionally, the sum of both dice cannot be used to choose a space. 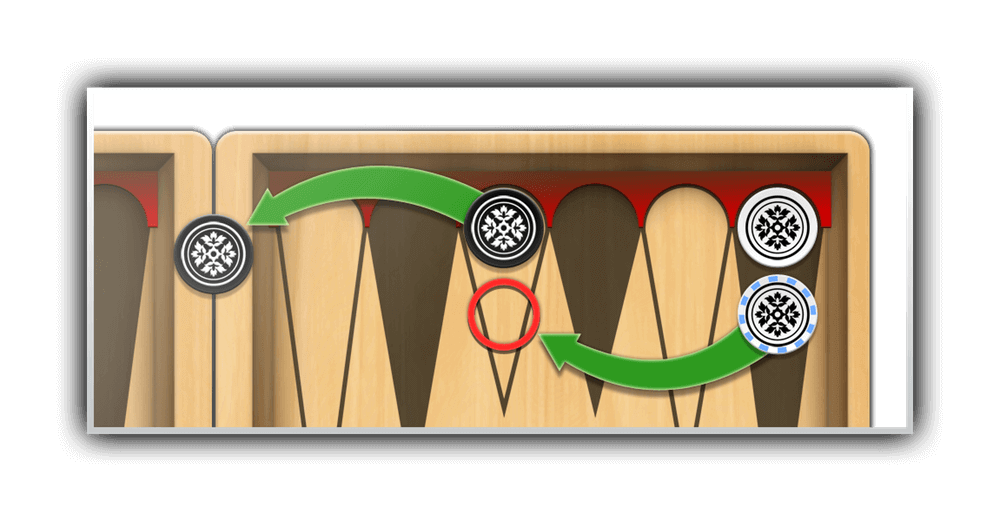 For every game won in the online mode the player receives three points for the leaderboard. 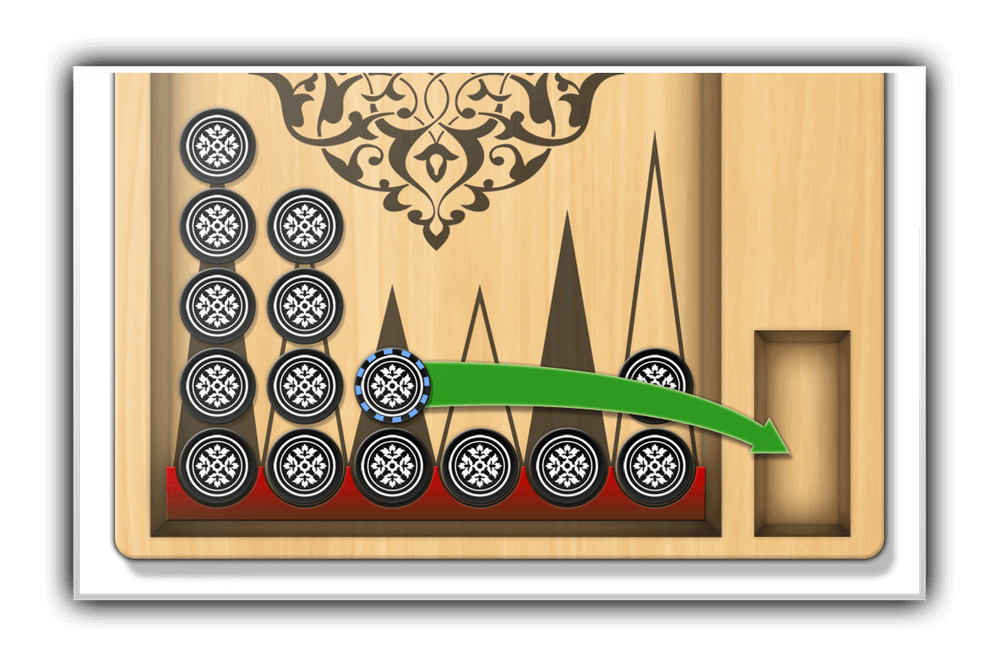 Playing More Than One Game

Backgammon can be played as a series of games with players competing to win a set number of points, after which the player with the most points at the end wins.

Each game game starts with a value of one point. When a player feels they have an advantage in a game, they can choose to offer a double before rolling the dice—effectively doubling the value of the game.

The doubling cube keeps track of the current stakes of the game. 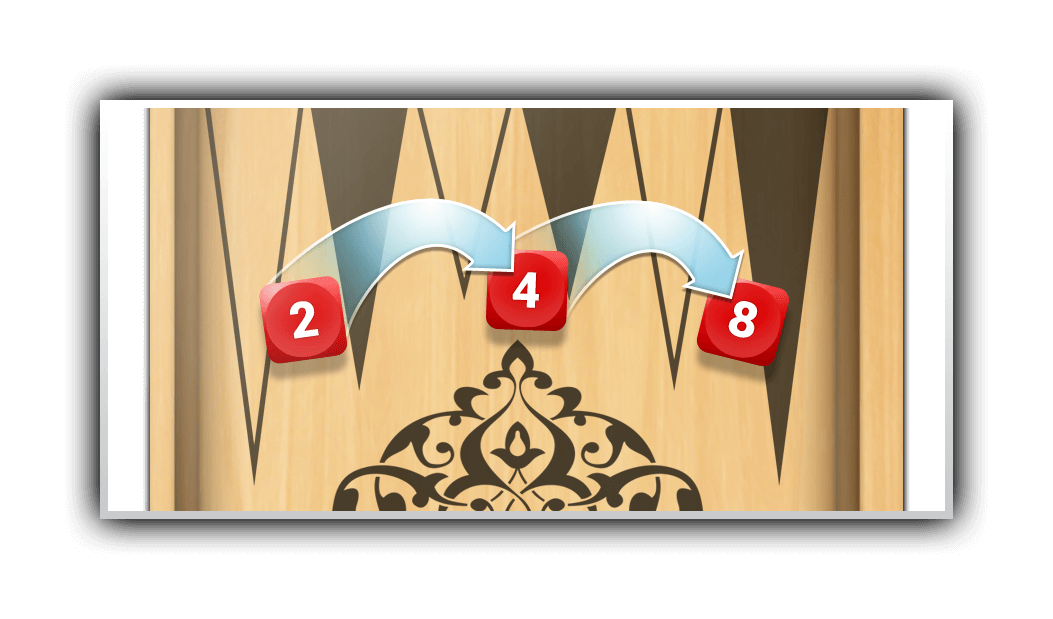 Exception: When the leading player comes within one point of winning the match, the following game is played without a doubling cube. This one game without doubling is called the Crawford Game. After the Crawford game, the doubling cube is back in play again.

If a player bears off all fifteen of their checkers before their opponent does, then they have won the game, but not all wins are created equal. The opponent can lose in one of three ways.

A Regular Loss: This happens if the winner bore off all of their checkers first while their opponent was trying to bear off their checkers. The opponent will lose only the value on the doubling cube.

The Gammon: If the winner bore off all of their checkers before their opponent bore off any of theirs, the loser is gammoned and loses twice the value on the doubling cube.

The Backgammon: If the winner bore off all of their checkers while their opponent still had checkers on the bar or the winner’s home court, then the loser is backgammoned and loses three times the value on the doubling cube.

You can download our mobile version of Backgammon here: Backgammon by LITE Games