GameplayIn MasterMind Deluxe the player must guess a code by placing pegs. The goal is to arrange different colored pegs in the correct order in a row. The resulting pattern must match the hidden code of the coder at the end.

The player has up to 12 turns to crack the code. It consists of 5 pins, which in turn can be selected from 8 colors. A color can be represented several times.

Each round, the player first arranges their pins in the respective row. This is done by dragging and placing the desired color onto the code preparation area. After the selection is confirmed, the coder (in this case the game) checks if the pins are placed correctly and then gives between 0 and 5 hints. Depending on the result, either the next round begins or the game ends.

The narrow row next to the code preparation area serves as clue row. Clue pegs are either black or white. 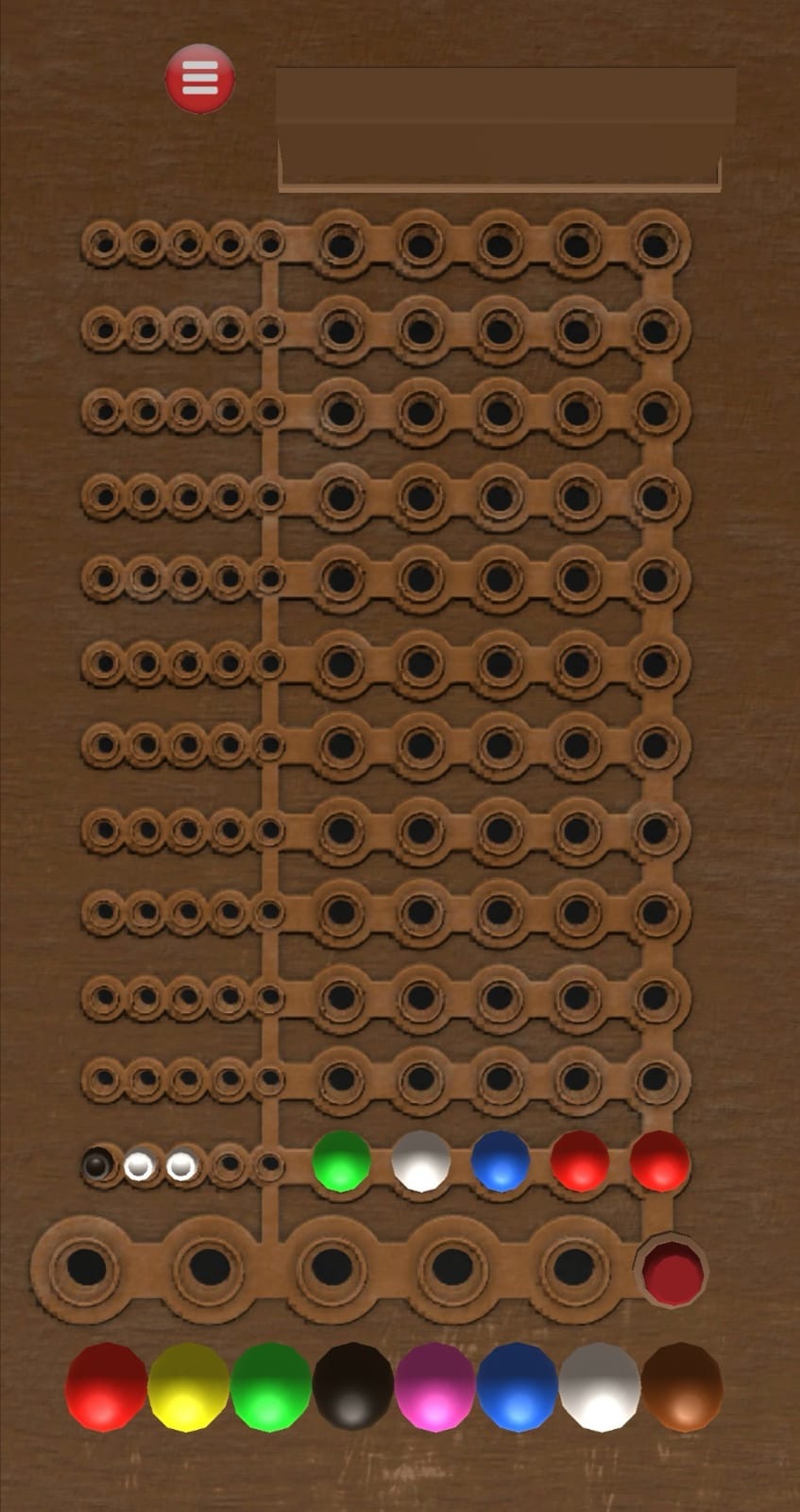 After setting the colored pins, the clue row shows one black and two white clues.

The black hint indicates that a colored pin is placed in the correct position. It is not obvious whether it is the green, the white, the blue or one of the red pins.

The two white clues mean that, for example, the color green and blue have been used in the code, but are not placed in the correct position.

Consequently, the two empty clue slots indicate that two colors were not used in the code. The next color combinations are used to find out which ones they are.

When all the clue pegs in a row are black, the code has been cracked and the game is won.

You can download our mobile version of Code Breaker here: MasterMind Deluxe by LITE Games